Well, it was finally time.  We are reasonably prepared and the clock is ticking down on the amount of time we could spend in Florida without incurring substantial penalties, so it was time to move on to Georgia.

Since my wife hasn't spent much time on the boat and it has been over a year since she was out sailing, we decided to again get the aid of a captain for the first leg of the trip.  This would allow her to remember things forgotten as well as learn the differences with our larger boat.

Before we left the marina, we stopped by the free pump-out station.  We haven't been using the on-board heads in the boat because of the month-long engine issue and the fact I would like to replace the hoses.  But I have been running some fresh water through them to hopefully clean out the system a bit and it seemed like a good time to learn how to use a pump out.  I maneuvered the boat from the slip to the pump out and my wife, who didn't see my docking practice sessions, said she was impressed with my maneuvering abilities.  Yea! 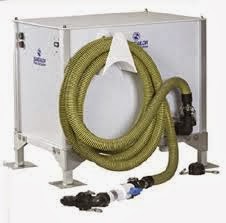 A couple things I've heard or learned about the pump out I figure I'll share here since I can't be the only one that has never done it.  First, I was told when opening the pump out access on the boat, do so slowly and don't stand directly over it.  Apparently if a tank is very full the vent can become blocked and further use pressurizes the system.  You don't want to be standing over that geyser when it goes off.  Fortunately we didn't have this issue.  The second tip is that some of the pumps, including the one we were trying to use, need to be primed.  To prime the pump you turn on the pump, open the valve at the end, and dunk it in the water until it seems to start sucking up seawater and then you can put the hose over the open access and pump out the tank.  Oh my...I just realized...many bloggers say you are not a real cruising blog until you post about waste systems...so I guess this makes me legit now. ;-)  Anyway, enough of that subject.


We departed the Hammock Beach Yacht Harbor marina around 8 am under cold grey skies.  This was to be the theme of the morning.  Motoring up the ICW was just as it has been in the past...kinda like driving down a highway...only you are averaging 8 miles an hour.  This reminds me of what our bareboat/catamaran instructor once said about scheduling a sailing trip:


"To figure out how long a trip will take by sailboat, calculate how long it would take to walk there and then add a day."

Since we had the captain/instructor on board to help my wife get comfortable with the boat, I let them and went in the cabin to do a little work and see what kind of signals I could find using the Wirie.  Since it was cold, I also fired up the generator and turned on the heat in the salon so it could act as a "warming hut" for them when they needed a break.  I was occasionally able to find an open WiFi hotspot and connect to the internet.  I think the longest connection was about a half an hour or so.  And I periodically relieved my wife and the instructor/captain at the helm so they could warm up.


In St Augustine we stopped to pick up some fuel at Camachee Cove Marina. It was interesting getting into the marina as there was a moderate current crossing the fairly narrow entrance.  Just like a plane, we crabbed the boat into the current until we broke through to the calm water.  We stopped there for fuel since my recently acquired SeaTow membership gave us a $0.10 discount on fuel and we never have figured out exactly how much was in the metal tank (apparently, also like airplanes, boat gas gauges are notoriously inaccurate).  The clouds started breaking up about this time and we found blue sky, but it was still rather cold...at least for Florida.  After refueling, we continued our trek up the ICW towards our destination of Palm Cove Marina in Jacksonville Beach. 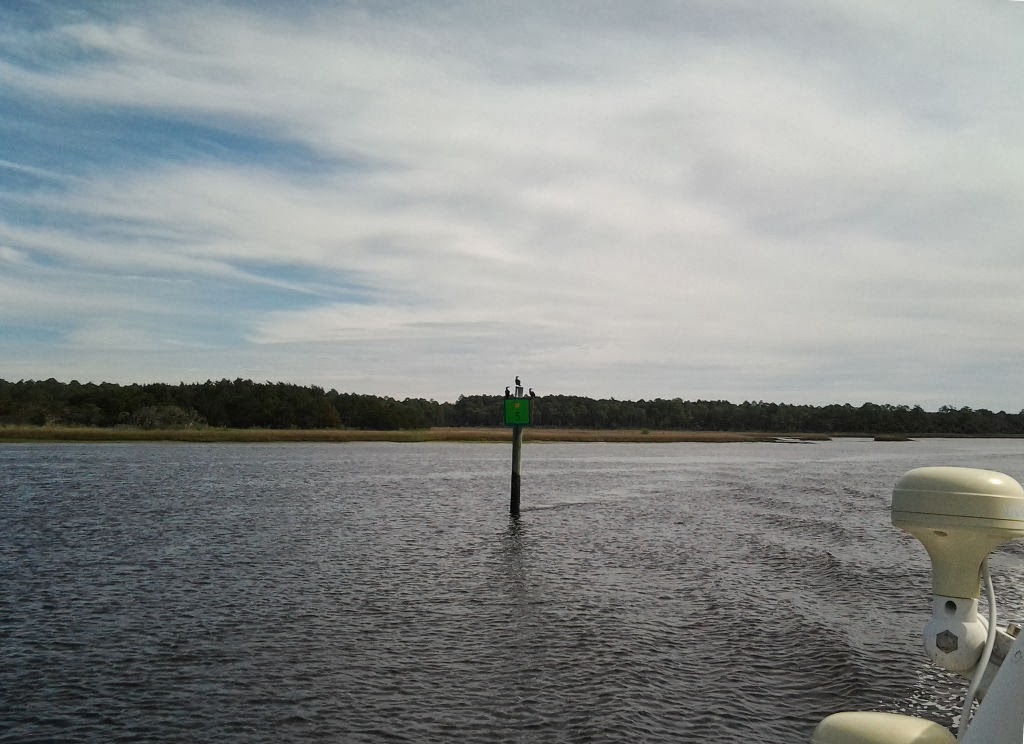 You can see the current at the base of the marker pole...naturally we are heading into the current.  I think we averaged about 7.5 knots on this trip with values anywhere from 4 to almost 10. 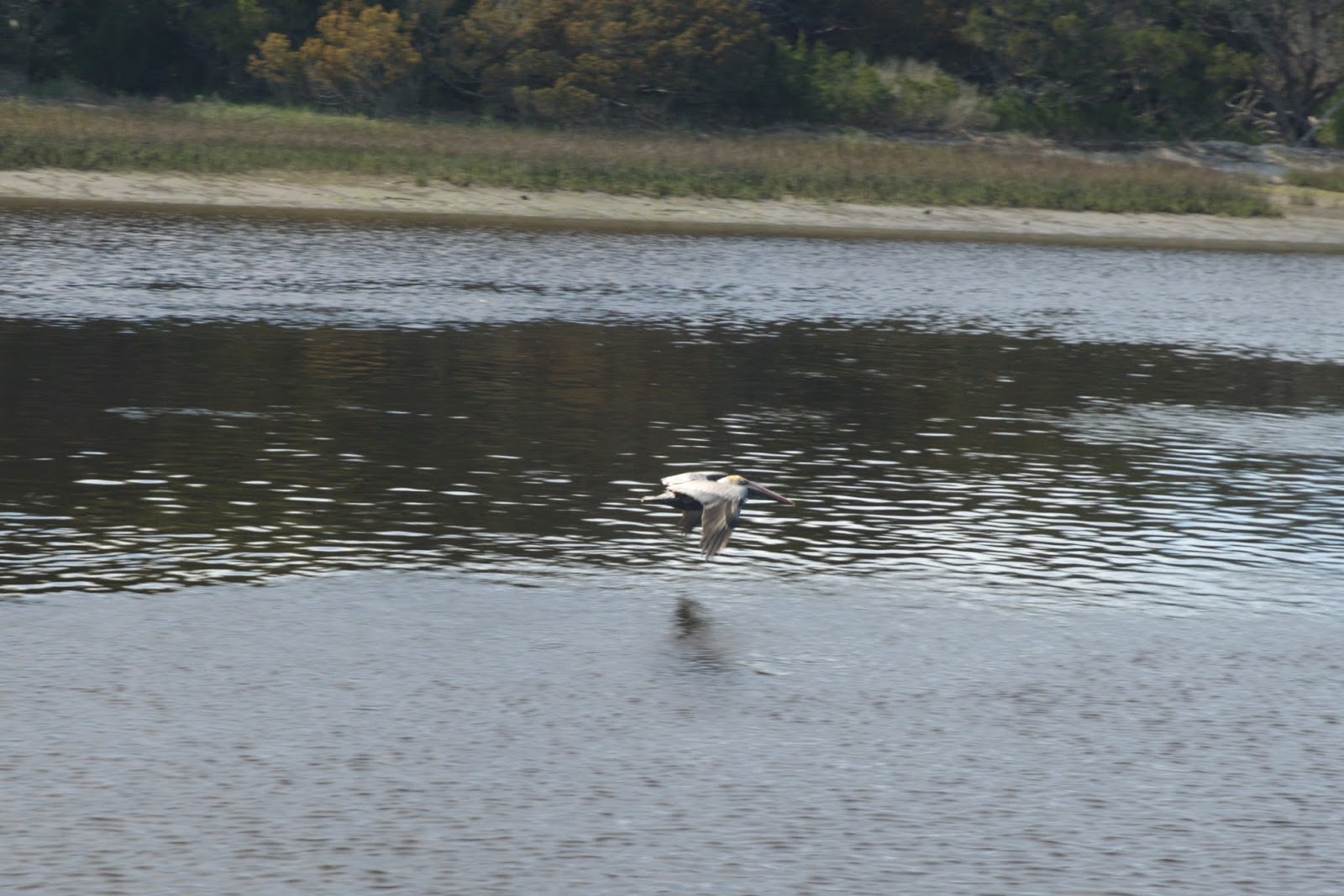 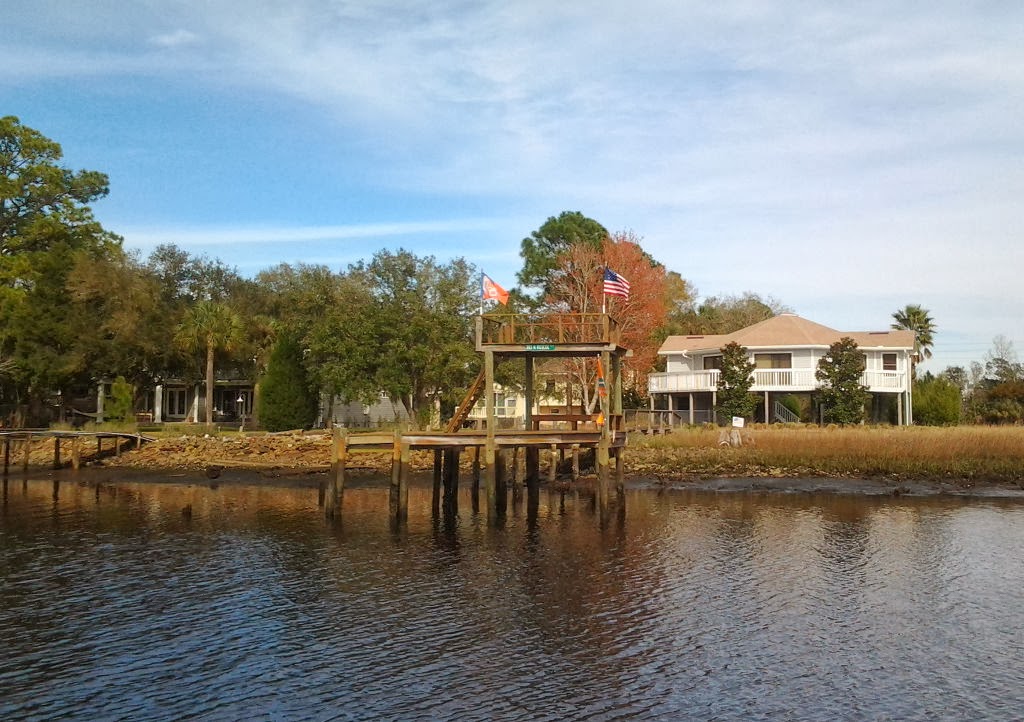 A few hours later we arrived in Jacksonville Beach.  As reported by other cruisers on ActiveCaptain, the channel into Palm Cove is not terribly deep or wide.  I think we saw just under 6 feet of depth.  They had a small dredge out working on it when we arrived, so I suspect it will be deeper soon...at least for a little while. Fuel was pretty cheap here, so we topped off our tanks and filled a couple jerry jugs and tied up at the end dock for the evening.  The next day we will make our way from Jacksonville to Brunswick Georgia.

Later that evening, we were presented with one of the most spectacular sunsets we've seen, so we will leave you with more pictures from that. 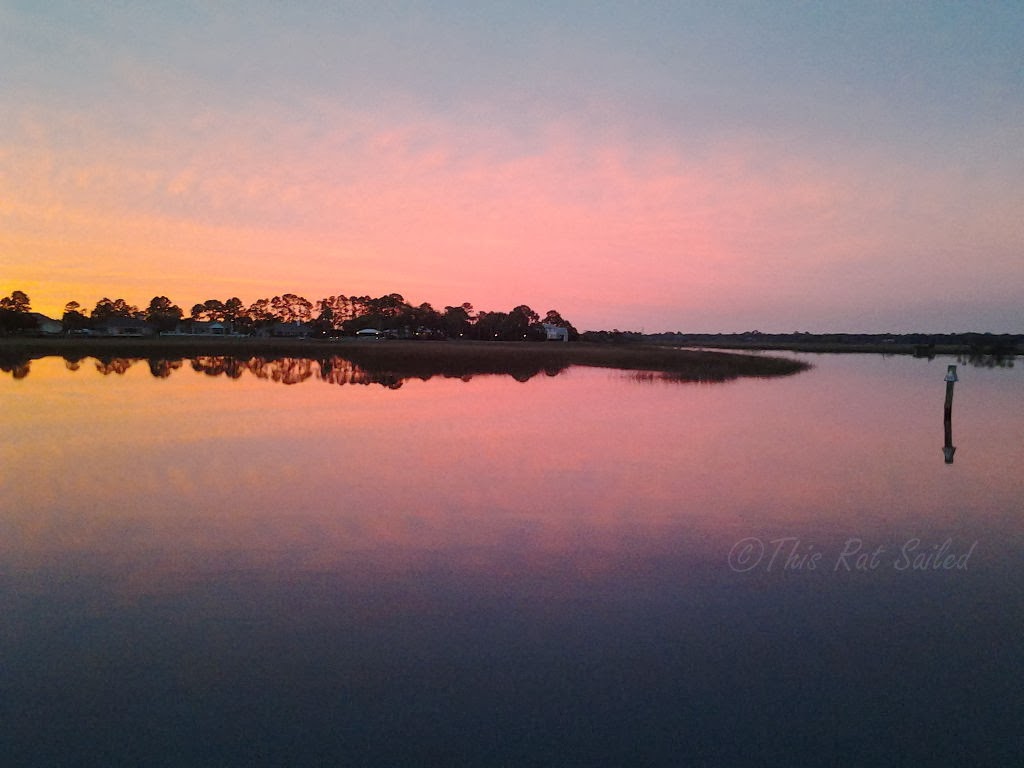 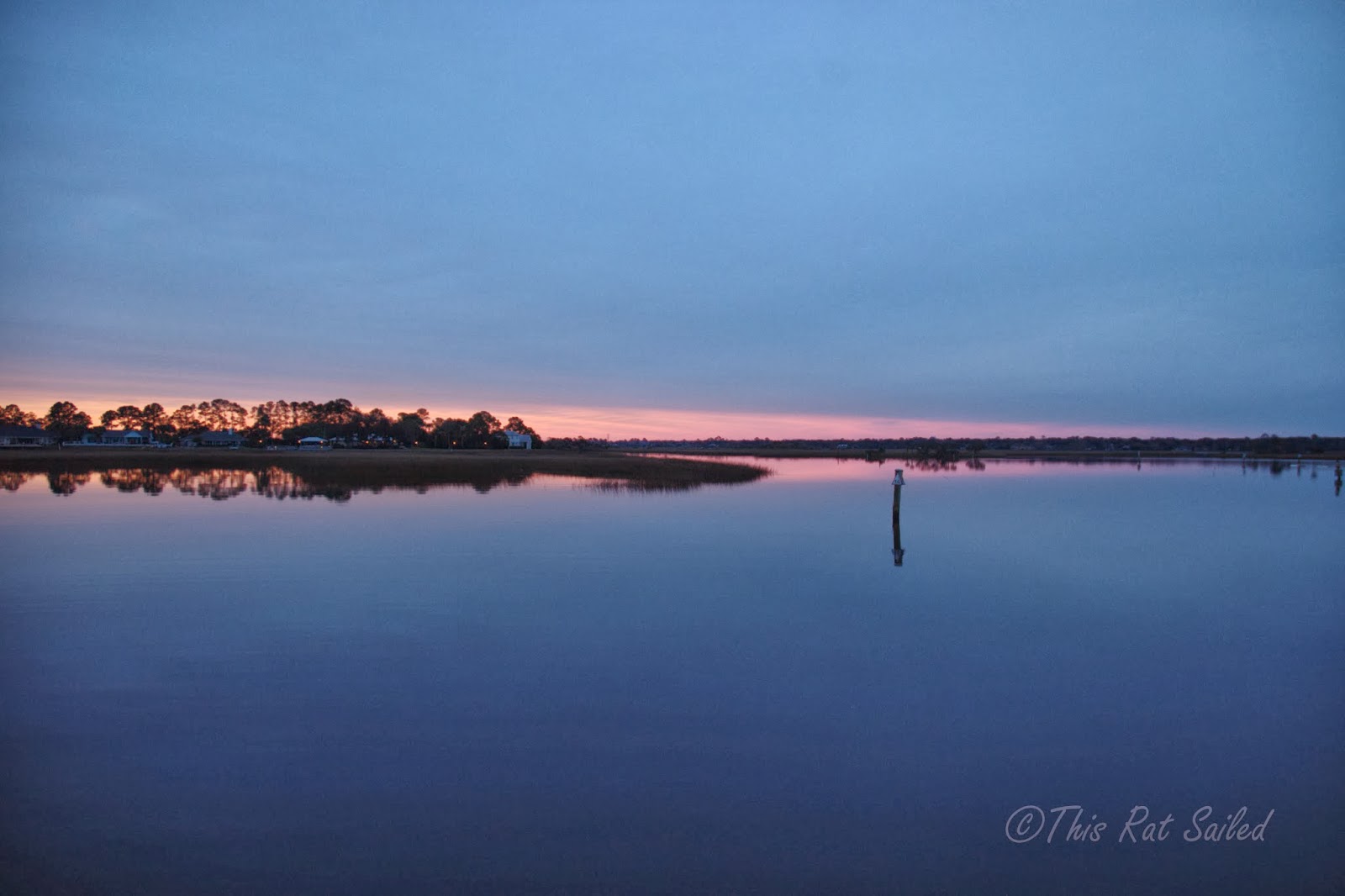 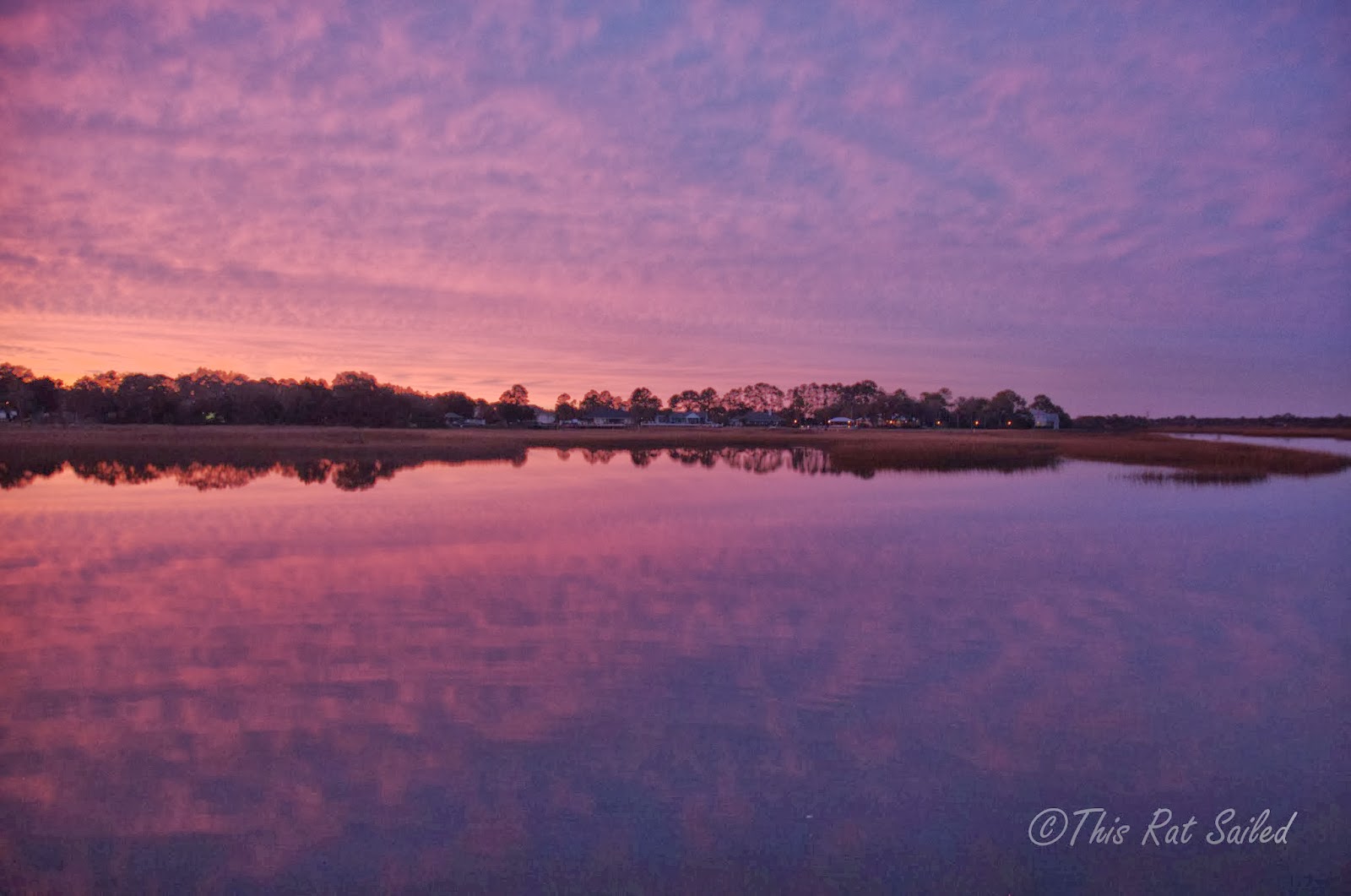 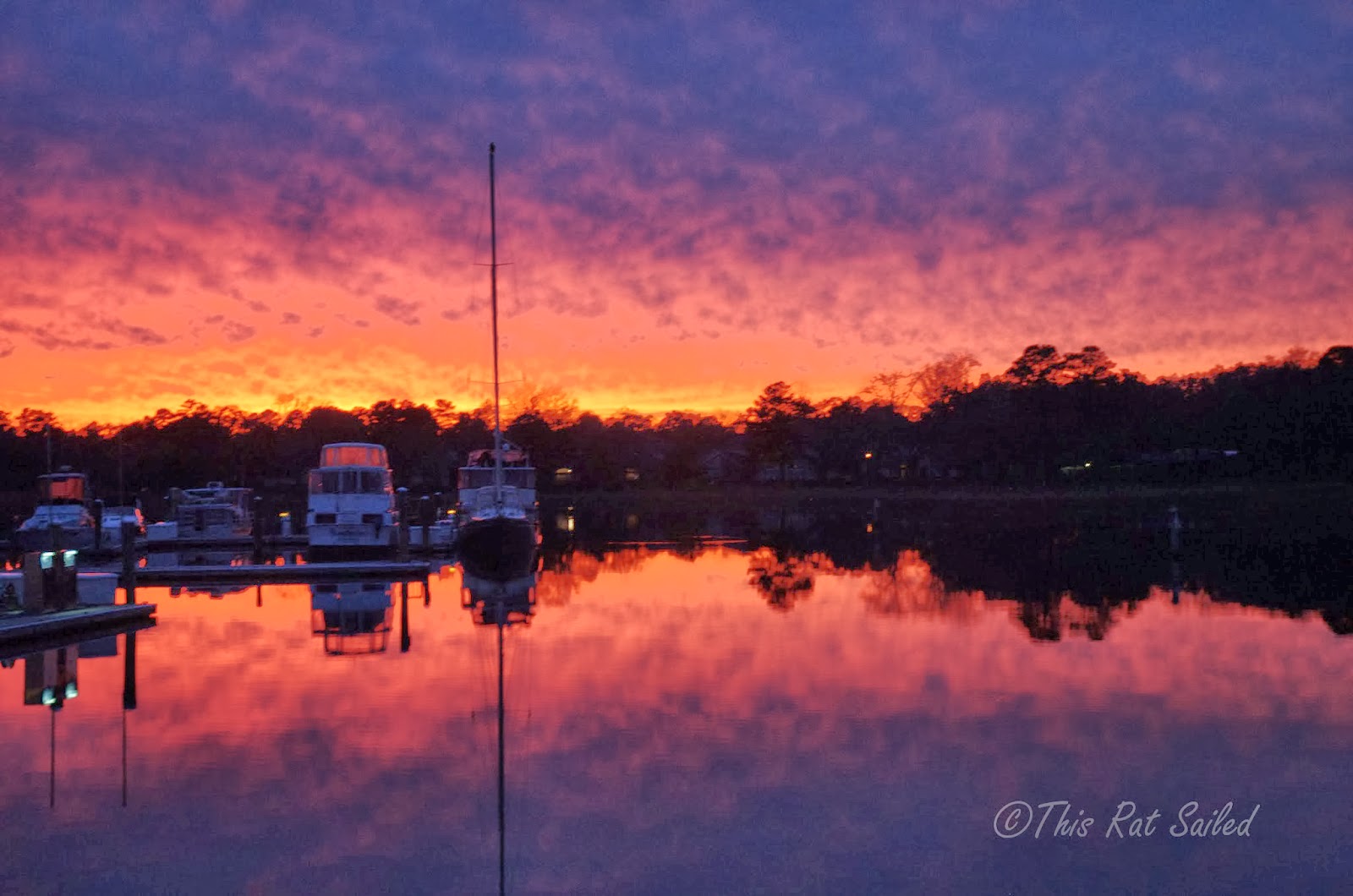 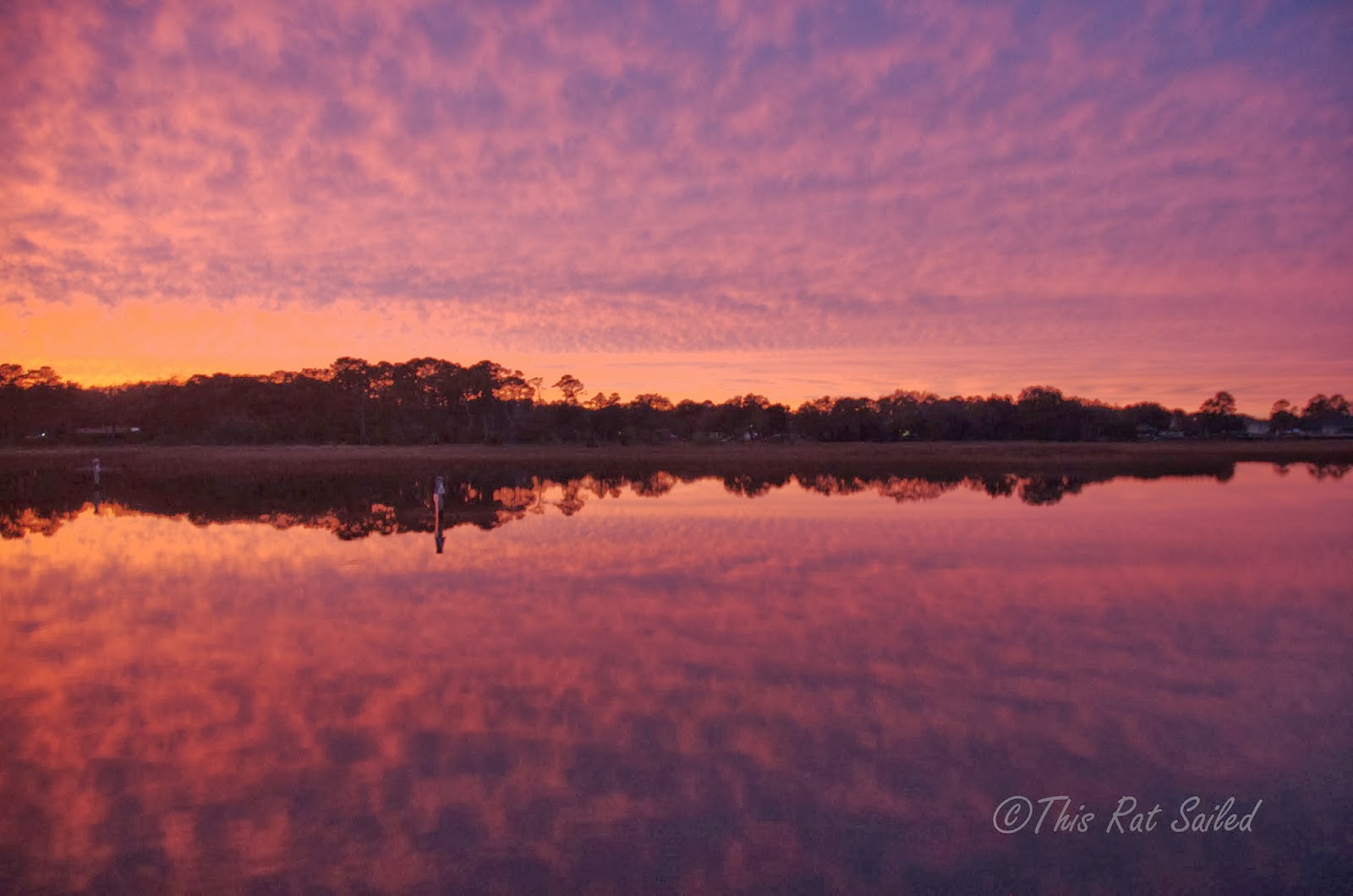 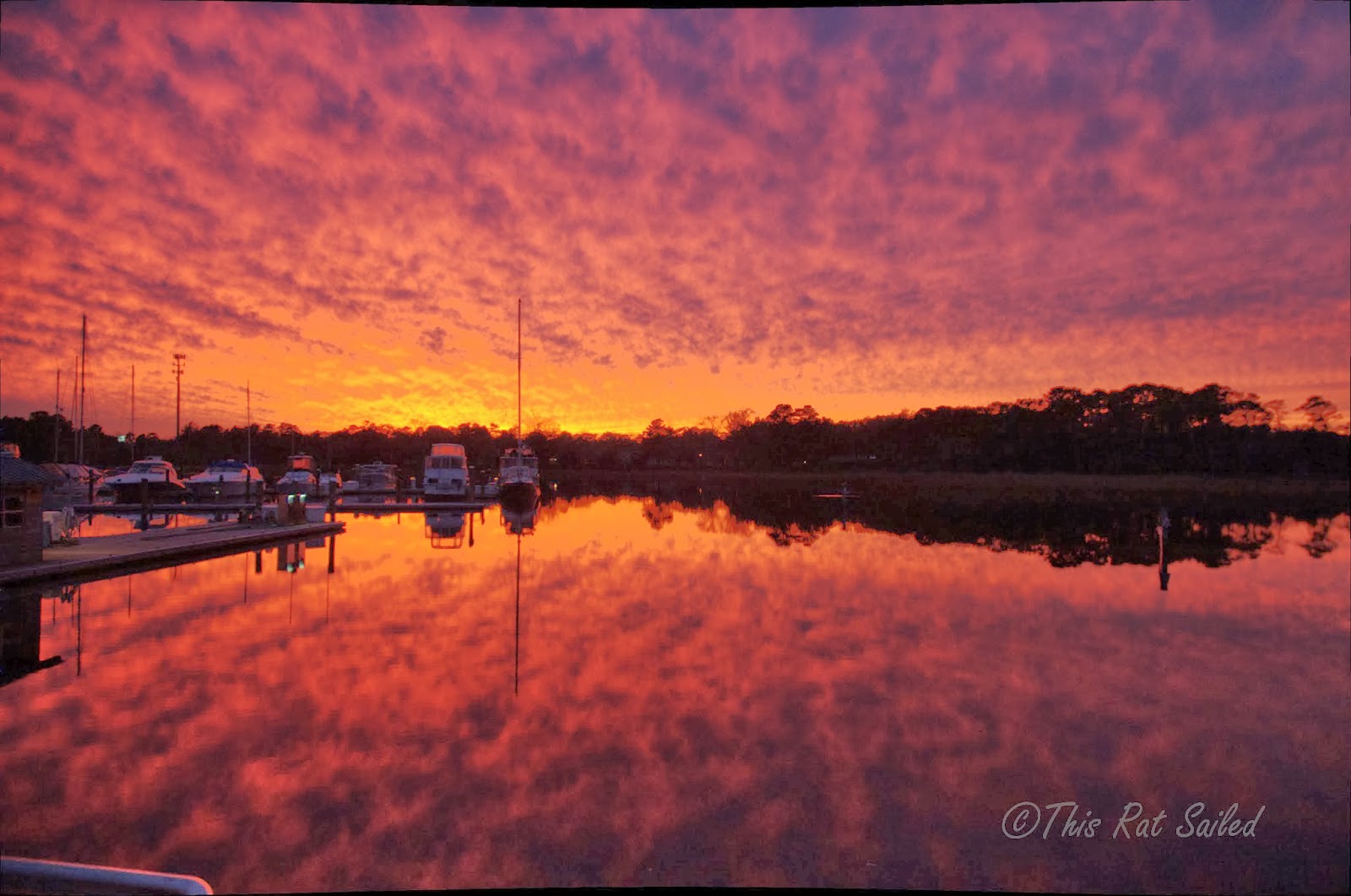