Deltaville to Brunswick, By the Numbers

I thought it would be interesting to see a few numbers related to the last trip.  And I thought I would throw in a couple other pictures as well. Most of the numbers are calculated from the tracks recorded by OpenCPN.  Engine hours are the total number of hours run per engine (so if I ran both engines for an hour, the number would indicate 2 engine hours).  In most cases the time and speed numbers include time spent deploying and hauling the anchor, waiting on bridges, etc.

The first leg of the trip was from Stingray Point (near Deltaville) to Mobjack bay.

(I forgot to turn on tracking for part of this leg, so numbers are approximate)

The second leg was Mobjack Bay to Great Bridge Lock

The third leg was Great Bridge Lock to the Broad Creek anchorage.

Fourth Leg from Broad Creek to the Pungo River anchorage. 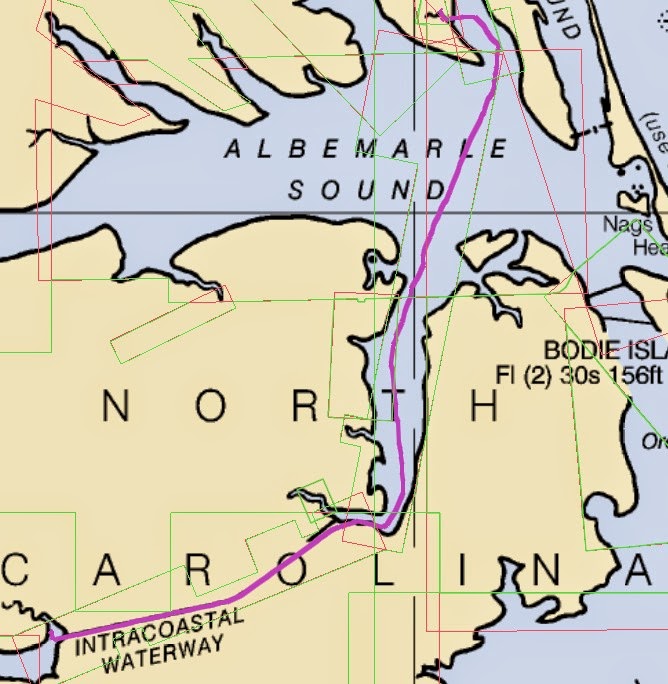 Fifth Leg from Pungo River to the Whittaker Point Marina.

More time running the engines than I would like, but it can't be helped when traveling the ICW. I don't have good fuel numbers since I was unable to fill up before the trip started, but my best calculations show we were burning less than one gallon per engine hour. Hopefully next year I will be farther south before the cold arrives.

Here's a nice picture of where we anchored on Pungo Creek. Just after we dropped anchor another boat decided it looked like a good place to spend the night too. 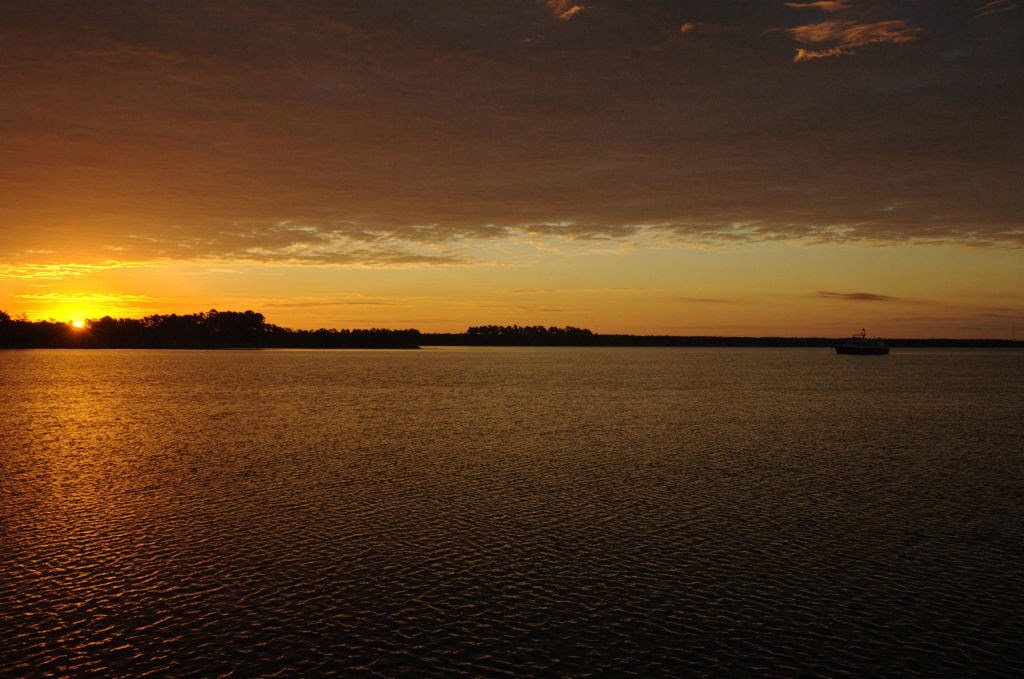 And here is a picture of Neal sporting the appropriate wardrobe for much of the trip. A far cry from the t-shirt and shorts trip I made getting the boat up to Virginia. 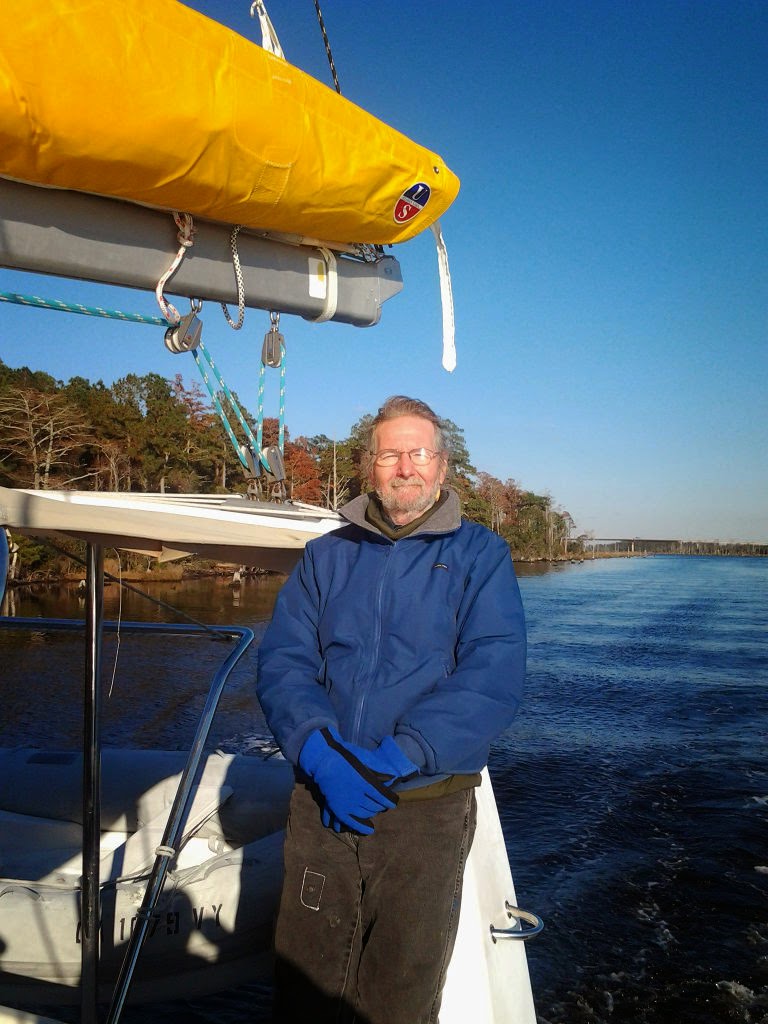