Cell Service: Time for a Change

A few times I've mentioned on the blog that I've been considering a new cell phone service.  You might have read when I was up in the Chesapeake I found that T-Mobile didn't have the best coverage (Ok, I only had coverage if I was standing literally on the north shoreline of the peninsula). Then, when my phone started acting up just as I returned to Denver, I decided that it was time to pull the trigger and make the switch.  But this decision isn't an easy one due to the different and competing technologies out there. So, the next several posts on the subject may get a little technical, but will hopefully give you an interesting insight into the world of cell phones and providers (as best I understand them anyway).


Most people reading this are probably at least somewhat familiar with the four big cell phone providers in the U.S.  There's Verizon, which seems to have the best overall coverage (in the U.S.)...and a price tag that says they know it.  Then AT&T is the other Goliath name in the market.  Behind those two stand Sprint and T-Mobile to round out the group.  These are the ones that own (or at least contract with a maintenance company that owns) all the cell phone towers in the U.S., and if you are making a cell phone call in America, you are likely using one of these towers to do it. 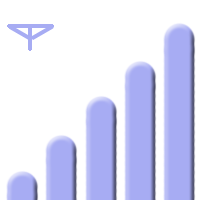 But, those aren't the only cell phone companies.  You might have heard of (or even use) Boost, Consumer Cellular, Cricket, Straight Talk, or Virgin Mobile. Then there are a bunch of other even lesser known brands as well.  All of these companies are what are called Mobile Virtual Network Operators (or MVNO's) and they basically "rent time" on the major cell providers networks and towers. For example the MVNO Boost uses Sprint, Cricket uses AT&T, and Straight Talk is talking straight through T-Mobile.  If you want to see all the different MVNO's out there and what networks they use, this link should take you to a pretty good list on Wikipedia.


So, there are a ton of cell phone companies out there, how do you narrow them down?  Well, in my case I had some very specific criteria as a cruiser:

I guess there is one more "feature" I need to talk about.  The GSM phone needs to be unlocked.  Many cell phone companies lock the phone you get to their service.  This is done since they subsidize the cost of the phone and lock you into a contract to help offset the cost.  By doing this, you can't get that top of the line phone for $25 and then switch to another service the next week.  Recent laws and rules in the US now require the carriers to unlock the phones once you have fulfilled your obligation with them (typically a year or less).  The trick here is that you have to request it...so if you are planning to go outside the U.S. with your GSM cell phone, make sure you request the unlock before you leave.

The reason you want to unlock the phone is simple.  In many places you go you can buy a pre-paid SIM card on the local wireless network and use it to make calls. This is often much cheaper than if you use your U.S. plan's international roaming rates.  With an unlocked phone, you can swap these SIM cards with your existing one and effectively swap your service without having to buy another handset.

There is one more problem with using one phone in multiple locales, though.  While unlocking a phone will allow you to use the phone on multiple "foreign" networks, some of the more advanced features may still not be available.  You see, even in the GSM and CDMA worlds, the carriers apparently have differences. Often the higher speed data access (those things labeled 3G, 4G, and LTE in all the marketing material) are done on different radio frequencies for different carriers in different countries.  Many of the phones don't have all the possible radios inside them to use all the different frequencies.  So, even with an unlocked phone, you may find your data connection is limited depending on the capabilities of your handset.  Best you can seem to do is to find a handset that uses at least some of the frequencies in the locations you intend to travel...and in the rest you may be limited to lower data speeds.

Well, that covers some of the things I'm looking for and some of the pitfalls that can be encountered.  Next time I'll take a look at some of the more interesting discount providers of cell phone service that I have found.

Email ThisBlogThis!Share to TwitterShare to FacebookShare to Pinterest
Labels: cellular, living on a boat, phone