On To The Boat

Waking up in Mobile, we were greeted with another overcast day.  But, since it wasn't raining...yet...we decided to make a quick detour to the gulf coast. We drove down to Dauphin Island to see the ocean...and to give our youngest dog, Tucker, his first taste of it. 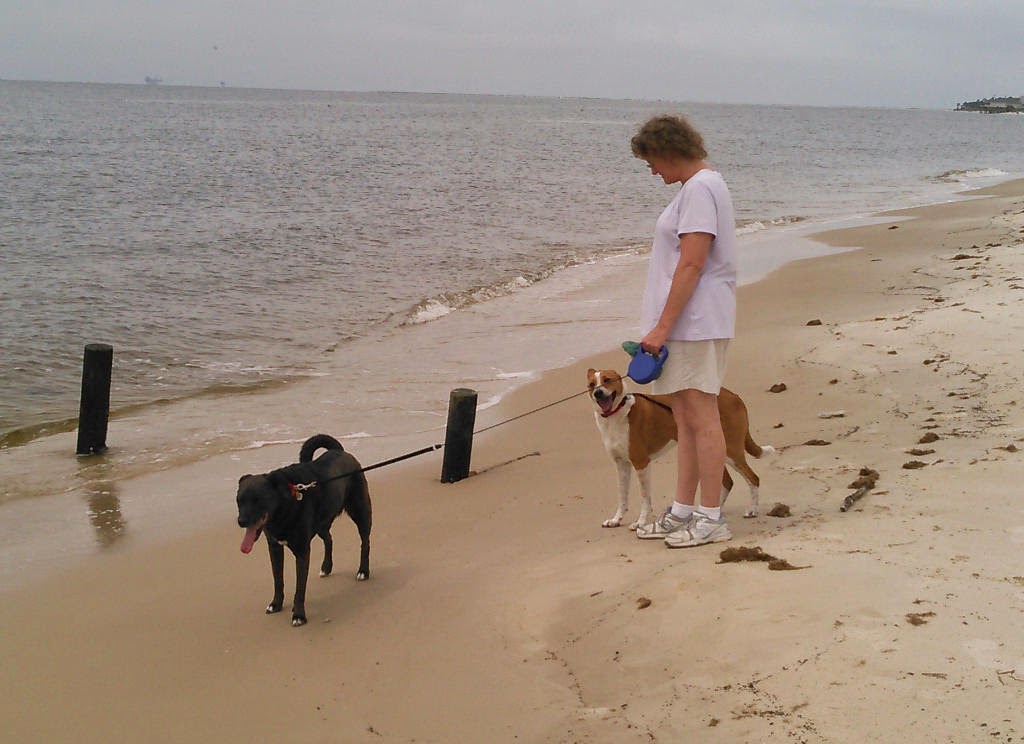 He was a little unsure of the water and waves but seemed to be having fun overall.  We had a nice walk along the beach, then it was time to get back on the road.

The weather deteriorated throughout the day with more cloudiness and rain...just not the weather to do much sightseeing.  Since the weather was forecast to last several days, we made the decision to just make a run for the boat.  The hotel stays were getting expensive and annoying anyway, and I think the dog's "big car ride" was getting to be more car ride than even Madison liked (and she loves car rides).

We made it to Tallahassee, Florida, that evening.  We could have pushed and made it all the way to the boat by late that day...but I didn't want to arrive at the boat late in the evening and then have to clean it up and prep it for a stay that same night.  We stopped at a Sonny's BBQ for dinner and were surprised by the crowd that was still there at almost 9pm...until we found out that they were doing a tax day special.  I completely forgot it was tax day, and they were having a 2-for-1 rib special that was a nice treat after a long day on the road.

The next day we departed Tallahassee for the last leg of the drive.  It was mostly an uneventful trip, covering much of the same part of I-10 that I took the first time I made this drive.  The only thing of note is that I came up with a new axiom for driving across the U.S.  If you see a pickup truck with Texas plates and it is not in Texas, there is a 1 in 3 chance the driver is a jerk.  I don't know how many times I saw trucks weaving in and out of traffic, cutting people off (including semi trucks), and generally just being discourteous drivers, but in almost every case it was sporting a Texas license plate.

The truck pictured above apparently felt he was more important than the other cars trying to pass a semi and so he sped up in the right lane and then cut me off.  Guess he just couldn't wait the additional 3 seconds to be two cars behind me...where he would have been if he were courteous.

We made it to the boat around 3pm on Thursday.  I would have made this post then, but unfortunately when we arrived at the boat we found the dehumidifier had malfunctioned at some point.  Don't know how it came to the decision that the "tank was full" when the tank was bypassed with the hose that led directly to the sink drain...but it apparently shut itself off at some point.  The result was that the boat was a bit stale and musty smelling with a little mold starting to appear in spots on the walls.

So, the last couple days we've been on mold patrol.  Cleaning and re-running some laundry and generally drying out the interior of the boat. We also spent some time getting the systems back in operating order. It's good now, and the sun is even coming out for the first time since we arrived so it may be time to wash the outside of the boat...after a visit to the beach. 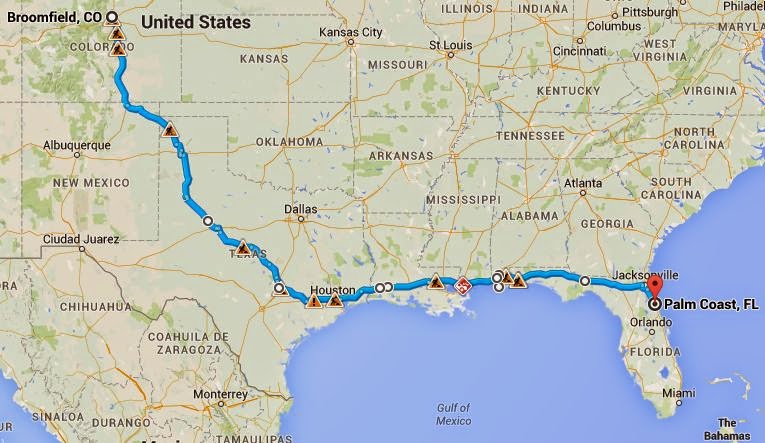 Unlike my first marathon trip that took just over 3 days, this one took 6 days and just over 2100 miles.  It was a much more pleasant trip than the first one. Too bad we had to skip a few of the things we wanted to see along the way...but with the boat we should be able to check them out at some point if we want to. And the house is under contract too.  Things are finally coming together.
Posted by Mike Boyd at 9:03 AM

Email ThisBlogThis!Share to TwitterShare to FacebookShare to Pinterest
Labels: living on a boat, moving aboard, travel