The first couple days back at the boat and we hadn't even unpacked the car yet.  The Prius was still stuffed to the brim with everything we brought across the country.  At first it was understandable as we had to clean the boat, and bringing a bunch of stuff onto the boat before we got rid of the mold and mildew that accumulated after the dehumidifier malfunctioned during the rainy season was not a good idea.

Yesterday we finally got around to unpacking...and that lasted about two boxes worth.  We found places to stow some of the stuff and then realized we needed more containers.  You see we have two big storage holds under the forward berths, but they are loaded from the top only.  Piling stuff in there would result in a big pit of disorganized supplies, so containers for organization seemed in order.

Now we could have gone to Target and bought some containers.  Since it was the first sunny day since we arrived I also could have given the boat a much needed bath.  So, what did we decide to do...go to the beach with the dogs of course. 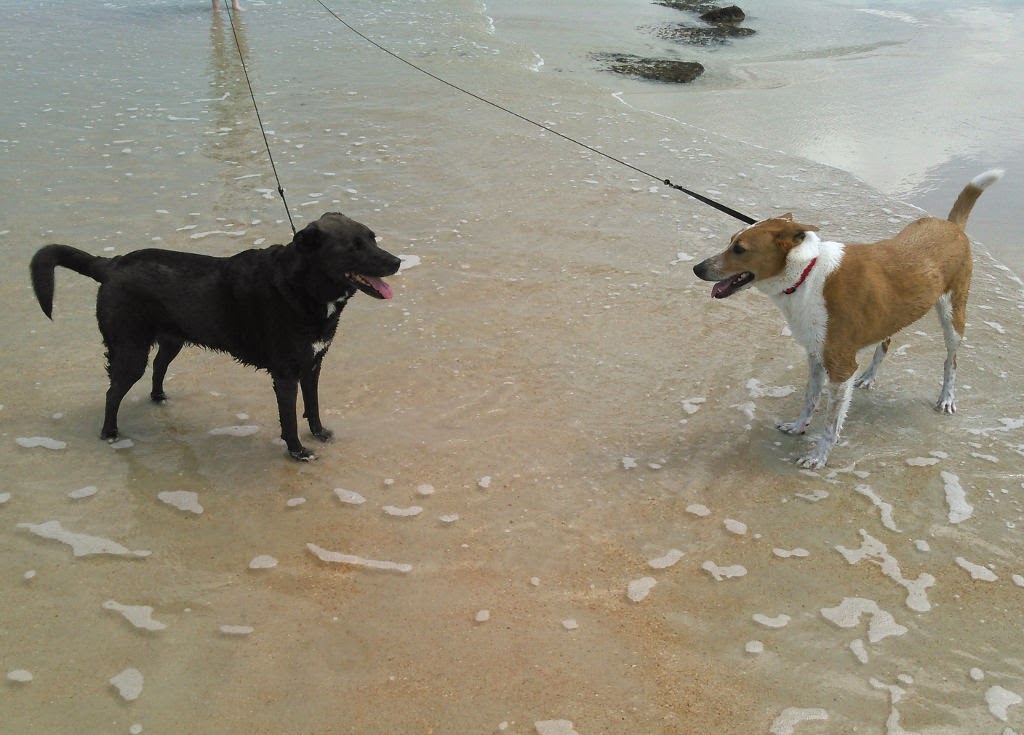 We had a nice walk along the beach.  Our older dog...who has been having some health issues lately...even seemed happy and for the first time in a long while played with her younger brother in the surf.  We definitely made the right decision...the washing and unpacking could wait another day. And apparently there is some truth that old saying that "The cure for anything is salt water"...at least for a while.

The following day it was again warm and sunny and we finally did get around to washing the boat and getting those containers.  Actually...warm is an understatement...it was hot and the high was 91 degrees Fahrenheit today (I heard it snowed back home a day or two ago...what a difference).  There were some rain storms in the evening, but it cleared up just in time for a nice sunset. 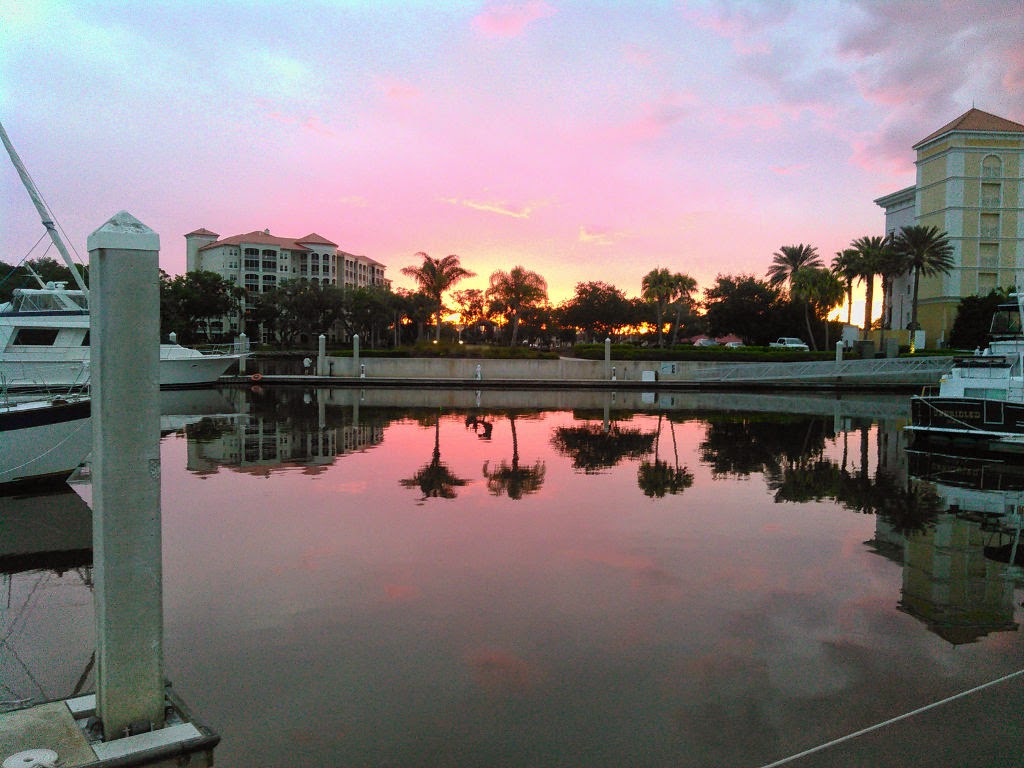 So, we are slowly settling in here at the boat.
Posted by Mike Boyd at 8:43 PM

Email ThisBlogThis!Share to TwitterShare to FacebookShare to Pinterest
Labels: living on a boat, ocean, sunset